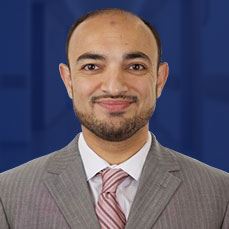 Dr. Umar Burney is the founding and managing partner of Orthopaedic Specialists of Dallas which has several locations around the Dallas Metroplex. Dr. Burney serves on many hospital committees and is the Sports Medicine Director and Joints Program Director for Texas Health Presbyterian of Rockwall. His primary focus is sports medicine and joint replacement.

Dr. Umar Burney was born in Madison, Wisconsin. His parents were both in teaching profession and they inculcated an importance for learning and education. Living abroad during his high school years, he had the unique opportunity to graduate with a Secondary Education Certification from the University of Cambridge, England. He returned to University of Wisconsin to complete his undergraduate degree in Medical Microbiology and Immunology with a special interest in "Communicative Diseases of the Third World." Dr. Umar Burney attended Saint George's University School of Medicine, Grenada and was voted member Iota Epsilon Alpha International medical honors society his sophomore year. He then completed his internship and orthopaedic surgical residency at Louisiana State University Shreveport, where he received several awards for excellence in Basic Science Research and Anatomy. After graduating from LSU, Dr. Umar Burney completed a Sports Medicine & Joint Replacement Fellowship under the Tutelage of Drs. Leland Winston and Thomas Clanton at the University of Texas Houston Medical School. Dr. Umar Burney is dual Board Certified in General Orthopaedics and Sports Medicine Surgery.

Dr Umar Burney is married to Nazlee, an elementary educator, and they have three children. In his spare time, he enjoys philanthropy, family time, traveling, running, and soccer.

Skip Sidebar
Where does it Hurt?
SERVICES
Meet Our Surgeons
Patient Education Videos 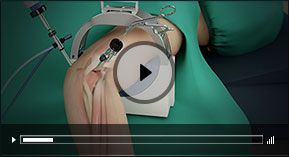